Here are the Best Deals for Eagles Tickets This Season

From our friends at TiqIQ:

Last season the Eagles surprised everyone by winning ten games and taking the NFC East after starting the season 1-3 and 3-5. Chip Kelly proved to be as good as advertised, and Nick Foles was brilliant for them in the second half of the season. Eagles tickets on the secondary market are averaging $216 for the season at Lincoln Financial Field.

The following week might be the most anticipated on the 2014 schedule. The secondary market prices certainly indicate that with the Eagles tickets averaging $251.55 for the game, the highest of the season at home. The get-in price of $88 is also the second most expensive number, which makes sense since it’s the return of receiver DeSean Jackson.

The game against the St. Louis Rams is the first of the season to average below $200. Eagles vs. Rams tickets are averaging $191.04 for the second lowest average of the season. The Rams just lost quarterback Sam Bradford for the season, but could still surprise people thanks to an elite front-seven on defense.

The game against the New York Giants might not have the highest average price, but the get-in price of $90 is the highest on the Eagles schedule. The Giants could easily have another rough season, and the Eagles have owned their division rivals over the last several seasons. Tickets for this Sunday Night game currently have an average price of $228.29 on the secondary market.

Last season the Panthers were a surprise success story as well. But this year they are expected to regress from their 12-win campaign. That helps explain how tickets against the Panthers managed to average under $200. The average price of the game is $195.04 with a get-in price of $75. This is also a Monday Night Football game.

The Seattle Seahawks won the Super Bowl last year, but the average price and get-in price of this game is cheaper than the Eagles games against NFC East opponents. The game against the defending Super Bowl champions is averaging $223.22 with a get-in price of $79. Even the Rams game had a higher get-in price.

TiqIQ powers Crossing Broad Tickets, which rounds up the best available deals on the secondary market. We get a small commission for referring the sale. 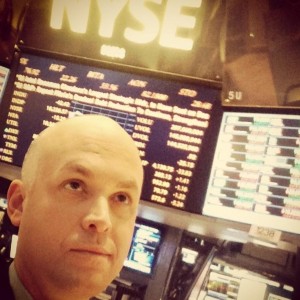