I got my first taste of hockey from the press box last night, and hopefully it becomes a semi-regular occurrence this season. That is, of course, assuming I don’t abuse my locker room privilege by asking Claude Giroux about being a normal human who makes grilled cheese in his underwear.

A disgusting, disgraceful, downright deplorable loss to the Arizona Coyotes was the perfect shit sandwich to put an exclamation point on the first two weeks of the season, which have exposed concerning trends that show the Flyers are not yet ready to take the next step and bump themselves up a tier. What more needs to be said when the worst team in the league’s only two wins in seven games have come against you?

The Flyers have not put together a complete three-period effort and have made a habit of getting off to slow starts (for the 50th straight season), so they’re always chasing the game and playing from behind. It’s nice that they exude a “never say die” attitude and the offense is clicking, but they’re struggling at even strength right now (thanks in large part to Andrew MacDonald but we’ll get to that) and surviving on borrowed time until the collective shooting percentage inevitably regresses to the mean.

They’ve been sloppy and careless with the puck, especially in the defensive zone. The defense is in shambles and routinely leaving the goalie out to dry (although Michal Neuvirth has been terrible on his own). They’re not crisp with their passing or in rhythm with their neutral zone play and offensive zone entries (at least it’s not like the John Stevens era where they couldn’t even cleanly break out of the defensive zone). Only one line (11-14-93) has been able to consistently dominate puck possession and generate pressure, and it’s now been broken up.

Last but certainly not least, despite it being obvious to anyone with properly functioning eyes that he’s not an NHL-caliber player, Andrew MacDonald continues to play regular minutes, turn the puck over pretty much every time it touches his stick, make unacceptable decisions in all three zones (especially his own), and neuter Shayne Gostisbehere’s dynamic potential. It’s hard enough get away with this garbage versus the bottom-feeders (like they did against Buffalo on Tuesday), but they’ll get mercilessly rolled by teams that don’t suck. The Flyers are tied for last in the NHL in goals allowed (30), have given up three or more goals in every game except the opener, and have allowed the first goal in seven straight. They have the look of a squad that’s not going to get this turned around quickly, and they’re setting themselves up to get humiliated by the Penguins on Saturday. I’m honestly dreading double-digit goals allowed. By now, these overarching themes feel more attributable to being the team’s identity rather than working out early-season kinks, and that’s a depressing reality to confront.

But perhaps there’s hope on the horizon: MacDonald will be banished to the AHL once Michael Del Zotto returns next week. Unless he’s not. That’s when we’d know things are truly fucked and have to start questioning whether this is some kind of bizarre, insane, actively harmful conspiracy because the Flyers would be making a conscious decision to ice a roster that’s not optimized and does the exact opposite of give them the best chance to win games.

I wanted to write about something uplifting. Maybe Jakub Voracek looking like his old self and dominating the puck every time he’s on the ice. Maybe Travis Konecny showing he’s a marvelously talented top-six forward who has a bright future and will help the Flyers transition to the post-Giroux-as-franchise-player era. Maybe Sean Couturier building on the second half of last season and adding consistent offensive production to his game. Maybe Brandon Manning elevating his play in a way no one could have envisioned and turning himself into a legitimate, reliable NHL defenseman. Maybe Ivan Provorov being calm, dependable, resilient in bouncing back from some initial rough patches, and showing the skills of a top-four defenseman.

I really didn’t want to make this article about Andrew MacDonald, but we’re already at crisis level and this has to be addressed. He’s somehow a trillion times worse from the press box and it would be irresponsible not to highlight (lowlight?) him. Almost as irresponsible as Dave Hakstol — who’s currently committing coaching malpractice — putting him out there in all situations game after game. MacDonald only played 15 minutes against the Coyotes (because it was impossible even for Hakstol to ignore his follies), yet as horrible as he’s been so far, this performance was easily his worst — and he scored a goal!

The comedy of errors started immediately. MacDonald’s first two shifts were disastrous and featured defensive zone turnovers that led to scoring chances. The second one was an inexplicable, unacceptable unforced error at his own blue line that sprang a mini breakaway and required Steve Mason to make back-to-back-to-back sparkling saves. MacDonald’s peripheral vision is nonexistent, to the point where the team doctors need to test him for some kind of deficiency. I mean, look at this abortion and try to stop your ocular balls from reflexively bleeding. There are two Coyotes in plain view in the middle of the ice bookending the intended target of this pass and he puts it right on Anthony Duclair’s tape. This should and would get any other player benched, but not Teflon (Mac)Don(ald).

Unsurprisingly, the next time MacDonald was on the ice resulted in a goal against as he lazily, one-handedly swung his stick at Duclair instead of keeping it on the ice to prevent or block the shot; then, due to his awful stick positioning and spacial awareness, as he swiveled around he was unable to do anything to prevent Jamie McGinn from depositing the rebound on the doorstep. An actual traffic cone would have provided more resistance.

MacDonald was was on the ice for the third goal, as well. It all started when he was caught looking at where the play was — Brayden Schenn about to obliterate Michael Stone — instead of where it was going. The middle of the ice is the highest-danger area, yet MacDonald is off to the side and close to the boards with no clue what’s in front of him. He compounds useless positioning with poor gap control and blows his neutral zone coverage responsibility as Martin Hanzal receives the pass from Stone and accelerates into the Flyers’ zone. MacDonald is flat-footed at the blue line and scrambles to catch up with Hanzal but is a step behind as the latter executes a give-and-go for the easy tap-in. Naturally, MacDonald’s momentum ends up causing him to crash into Mason and then slide into the net. All that’s missing is the blooper reel music. Wait until the 0:20 mark in this clip when a defeated, despondent Gostisbehere is talking to MacDonald and trying to figure out what happened. I hope the kid isn’t blaming himself for this mess.

Then there’s the last goal, which was ultimately on Mason for failing to squeeze the post on a bad-angle shot by Ryan White (of course!). Unfortunately the video clip doesn’t show it, but that whole sequence began 30 seconds earlier when MacDonald, who was skating backwards, stumbled and fumbled an easy pass from Gostisbehere a few feet inside the Flyers’ blue line. He was swarmed upon by a forward, who gained possession of the puck and the Coyotes went to work. I’d peg MacDonald’s over/under for turnovers in this game at 10, and I’m taking the over.

Want to know just how bad it was?

This wasn’t an isolated incident, either, and MacDonald’s overall metrics through eight games paint an ugly picture. Despite beginning nearly 70% of his shifts in the offensive zone with the Flyers’ best forwards and playing primarily against the opposition’s bottom-six forwards, MacDonald has spent most of his time ending up pinned back in his own zone.

46.7% Corsi with close to 67% OZ starts vs ~3rd lines… with the best Quality of Teammates of any Flyers Dman.

Hakstol is going to absurd lengths to shelter MacDonald and give him the best chance of success by riding the coattails of the other four players, yet not only is MacDonald unable to take advantage, he drastically negatively affects his teammates. So why why why WHY is he still playing? What’s it going to take? Maybe this:

I’m sorry, but Andrew MacDonald is the Flyers’ equivalent of a drunk driver. Bad things ALWAYS happen when he’s on the ice. He ruins EVERYONE and EVERYTHING. He’s the best player for the other fucking team. Someone who’s never watched a hockey game and has no concept of what’s going on would be able to recognize it. The eye test and advanced stats are in perfect harmony on this one because there’s nothing to disagree over when it comes to how wretched MacDonald is (unless you’re a spineless, water-carrying beat writer).

We’re beyond rationality with the MacDonald saga at this point, and the overwrought justification that the Flyers are simply trying to get him to enough games played to qualify for the expansion draft next summer doesn’t pass muster (Las Vegas isn’t going to take him, by the way). This is a bewildering, utter organizational failure. It’s also on the media, all of whom are complicit in the sham since they refuse to challenge Hakstol on his deployment of MacDonald (the only one who has the balls to do it is Charlie O’Connor from Broad Street Hockey and Hakstol doesn’t even try to defend MacDonald when answering, he instead talks in platitudes about the whole team having to be better). I feel like I’m caught in a perverse social experiment where the Flyers are trying to see how much willful incompetence they can subject fans to before there’s some kind of unprecedented revolt. A GoFundMe to buy out the rest of MacDonald’s contract was started after this game, so I guess that’s step one?

Watching the Flyers when Andrew MacDonald plays isn’t entertaining or remotely enjoyable. It’s excruciating and exasperating and I’ll be rendered to apathy if it continues any longer. He’s symptomatic of other issues but is by far the largest and deadliest metastatic tumor that must be removed. I truly believe there will be a permeating effect once MacDonald is out of the lineup and we’ll see instantaneous, night-and-day improvement in the team’s quality of play. But right now, as things stand, I can’t accept what’s going on. Neither should you. 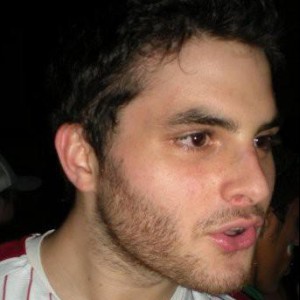