Home » Teams » Eagles » It’s in the Air (Yards): Alshon Jeffery Is Due for Some Big Plays, And Other Fantasy Football Notes for Week 2

It’s in the Air (Yards): Alshon Jeffery Is Due for Some Big Plays, And Other Fantasy Football Notes for Week 2

Air yards are the new version of the target in fantasy football analytics. Years back, tracking targets as an opportunity rate seemed revolutionary; no longer were we simply relying on the results from a given game, but the potential a given pass-catcher’s usage rate revealed. A decade back when I was cranking out content for ESPN, the fantasy community often chased receptions and yardage—the raw sum of production—when evaluating a player, without much regard to how those receptions were compiled.

That seems archaic now, as targets have become common nomenclature for the fantasy fiend. The thing is, the target is a somewhat obtuse number in that it only suggests a pass was sent to a specific player during a game. How far was that target down the field? If big gains—”splash plays” as the cool kids are now saying—are the coin we covet in fantasy football, it helps to know how aggressive and potentially rewarding a player’s target distribution proves.

Enter air yards, which are exactly what they sound like: the yardage the ball spends in the air en route to a targeted receiver. Thanks to increased quality in-game charting by proxy of sites like Pro Football Focus, the NFL’s Next Gen brand and some of ESPN’s proprietary tracking data, we can discuss not just how many targets Alshon Jeffery had in his regular-season debut with the Eagles this past Sunday in Washington (seven), but the depth of such targets (16.7 air yards).

Julian Edelman was fourth in the NFL in targets per game last season (9.81), yet his average target traveled a conservative 8.85 yards in the air; so it’s not surprising he was 15th in receiving yards per game despite such a premier opportunity rate. Larry Fitzgerald was seventh in targets per game and yet 27th in yards per game. Yep, his air yards per target sat at just 7.4 yards, the lowest clip among the top 20 targeted players in 2016. Volume drove both receivers to entirely respectable fantasy seasons (especially in point-per reception formats), but a lack of air yardage undoubtedly limited the splash play upside each offered on a weekly basis.

We can value these target hogs, but shouldn’t just focus on the target as a whole number any longer, as they really aren’t all the same suggestion of opportunity as we once believed. When the depth of target increases while a healthy volume of targets is maintained, we get the bonanza games and seasons the likes of Mike Evans, DeAndre Hopkins and A.J. Green have offered in recent opus efforts.

Back to Jeffery and the brimming upside he claims in a pass-happy Philadelphia offense (Eagles were fifth in pass attempts in 2016 with 648). My fellow football nerd Kevin Cole is a gifted data scientist who often produces some of the more thought-provoking content (both for real and fantasy purposes) in the field. Cole curates an index this season of the air yards allocated around the league. I’ll allow Cole’s preface to best explain the concept:

If we know where a player was targeted on the field, we build league-wide historical averages for anything from expected yards, touchdowns, and receptions. Then, we can compare those expected number to what was actually posted in the box score. The differences between expected and actual stats can help us identify receivers who may be under- or overvalued based on unsustainable levels of efficiency. … these numbers can give up an idea of receivers’ potential upside, or downside, if notoriously volatile efficiency moves in the other direction.

Cole has developed a measure of production potential and realized production driven in part by air yardage. As the table below reveals, Jeffery was seventh in air yardage in the entire NFL in Week 1. (Fitz factors in well thanks to 13 targets, as I mentioned, we can continue to value volume when it proves consistent.) Jeffery’s seven targets accumulated 116 air yards in Washington, and yet he hauled in just 38 yards, 18 of them after the catch.

Historical conversion rates for Jeffery’s quality of targets results in 12.5 expected fantasy points, but he netted just 6.8 using Cole’s index. This margin of 5.7 “missing” fantasy points suggests some positive regression could be due for Jeffery. A proven vertical weapon and contested catch maven, Jeffery is going to start gashing secondaries soon enough. Nelson Agholor, meanwhile, produced eight more fantasy points than his usage pattern in Week 1 historically nets; he converted 82 air yards into 86 actual yards. This doesn’t scream regression is due, but we might assume Carson Wentz isn’t going to fend off pressure for 13 seconds and strike to Agholor downfield for a touchdown every game.

The marketplace is unique in every fantasy league. There are those who might already perceive Jeffery’s stock as a bit shaky given the modest results from his Philly debut. I perceive him as a player with a likely 20% share of an offense that will give him plenty of downfield work. The sample size is tiny, but Wentz’s average target traveled 10.18 air yards in Week 1 in Washington, third highest in the NFL. Last season, albeit in a much more substantial sample, the Eagles’ average throw traveled 7.31 yards—26th in the NFL.

I’d compose some seemingly shiny two-for-one offers to the Jeffery owner in an aim to pry him away before the potential yardage becomes realized production.

As for other notable buy-low candidates, Dez Bryant has the largest gap between opportunity and production from Week 1 and will now head to Denver to face a shutdown secondary. Bryant’s owners are going to be salty saltface on Sunday afternoon, but all indicators suggest he’s merely facing a series of terrible matchups to start the season.

Terrelle Pryor was second in the NFL in air yardage last week with 166 sent his way, as he might consume one of the best usage rates in the entire league this season. Brandin Cooks’ buy-low window isn’t likely open, but he’s going to go full Liam Neeson on the Saints in a revenge game on Sunday. The last time the Patriots were two games under .500, Drew Brees was a month away from taking his first NFL snap. Hunting shares of Cooks in DFS could be quite rewarding.

Whether the focus is the waiver wire in traditional redraft leagues or the daily fantasy market, let’s highlight some of the names and numbers that demand attention for Week 2.

Philip “One L, Eight Kids” Rivers is only $5,800 on DraftKings this week and yet claims one of the higher ceilings (his optimum fantasy outcome) of the entire slate, according to Fantasy Labs‘ predictive modeling. For those wanting to get in on the Coors Field of football in New Orleans, Drew Brees ($7,700) is a sliver cheaper than Tom Brady ($7,900) in a game that claims a silly implied point total of 56 points.

Point totals are a useful quick-and-dirty way to approximate offensive expectations for a team, so it’s of note that Derek “Not David” Carr ($7,200) is cheaper than the Superdome duo and is at the helm of a Raiders team set with a team total of nearly 29 points. As two-touchdown favorites over a hapless Jets squad that ranked near the bottom in the NFL in pass defense last season, this could be fun.

For those in season-long leagues streaming at quarterback (streaming isn’t a urination reference, but rather the idea of allowing matchups to determine which cheap quarterback to trust in a given week), going back to the Carson Palmer well (welp) is an option, as even his brother Jordan dropped him in his fantasy league this week. Look, the Colts are fielding a Fairmount Park beer league on defense and just made Jared Goff look like a proficient NFL product. If Palmer’s stains on the sheets from last week won’t come out, the rushing floor Tyrod Taylor offers (at least 30 yards rushing in 11 games since the start of last season) is a safer compromise.

Ty Montgomery ($5,800) flashed legit bell-cow usage rates in Week 1, consuming 92.5% of the backfield snaps, 91% of the carries and all dem targets. The Falcons just made Tarik Cohen look like a prime Darren Sproles (and that might be the case, but still inviting). DraftKings is a full point-per catch model and this game in the new balloon knot stadium in Atlanta has an implied point total of 54 points, a rate that would lead almost any NFL slate save for the Superdome shootouts. Getting affordable paths to this game in Atlanta could prove rewarding.

Jacquizz Rodgers ($4,400) paired with Montgomery is a fun way to pay-down at running back but still command plenty of touches. Chicago’s front seven is pretty savvy without any big names, but the volume could support a nice yardage day for Quizz, especially as the lead back on a sizable home favorite (often a positive correlation for running back production). Continuing the value theme in order to afford an elite QB and stud receivers, I thought C.J. Anderson looked pretty good in Week 1 and was close to a much bigger game if he had converted goal-line work.

For the streaming crowd, it’s entirely worthy to deploy Kerwynn Williams against the Colts. David Johnson’s injury is devastating in both real and fantasy regards for the Cards, but Williams might enjoy a temporary workhorse role on a heavy road favorite.

“Gronk” only costs $6,900 (nice!) thanks to a dreadful opener and the fact this is a difficult position to pay a premium for given the shallow and fickle nature of tight end production. That said, Gronk could go full cruise ship bukakke on the Saints’ suspect secondary. Paying down (which is DFS nerdspeak for saving money) at tight end, Coby Fleener ($3,100 ) costs nearly nothing and yet has a worthy red zone share in a Brees offense. Charles Clay ($3,000) has been on a 70-catch, 800-yard pace since Week 12 last season for a Buffalo offense absent competition for targets.

With Eric Berry unfortunately out of the picture, it will be interesting to see how Zach Ertz ($5,300) fares as the chain-mover for the Birds in Arrowhead.

Tampa’s defense ($3,200) looked awesome on Hard Knocks against themselves if that’s of any value (it isn’t). More importantly, the Bucs yielded the second-lowest passer rating, claimed the league’s highest interception rate and fifth-highest sack rate from Week 12 on last season. The Mike Glennon revenge game might just become the “let’s tackle that huge neck” game.

The nearly unavoidable defenses this week, however, are the Raiders ($3,500) and Ravens ($3,700). Oakland faces Josh McCown on the road. McCown has thrown at least two interceptions on passes of at least 10 air yards in each of his past three starts. It’s going to be four straight on Sunday. Baltimore hosts raw rookie DeShone Kizer in what might be a personal screening of “It” for the rookie. 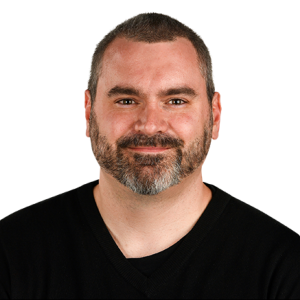 Jim McCormick
Jim took Algebra II as a senior in high school in a class full of sophomores and felt zero shame either during or after the experience. Despite his remedial math background, Jim analyzes sports data and content for a living. Somehow, ESPN has employed him over the past decade to cover fantasy football and basketball, among other places that publish words on the internet.
All Posts »
PrevPreviousReviewing The Sixers’ Excellent New Red Uniforms
NextThe Philadelphia (Wings) Are Back in Business with a “Top Shelf, Blue Chip” OwnerNext