On Saturday night, the Brooklyn Nets will play host to the Milwaukee Bucks for a decisive Game 7 in their Eastern Conference Semifinals series.

Let’s take a closer look at the top Bucks vs. Nets Game 7 player prop picks and make some predictions for this June 19, 2021 NBA Playoffs matchup.

Saturday marks the moment many expected when the Eastern Conference standings were finalized at the end of the regular season. The #2 seed Brooklyn Nets and #3 see Milwaukee Bucks are set to face off in a winner-takes-all Game 7 at the Barclays Center. Despite suffering injuries to two of their superstar players, the Nets have managed to take this series the distance, while the Bucks have done everything in their power to put away a team that entered the playoffs as a title favorite.

Click here to get started with DraftKings Sportsbook and lock in 100-1 odds on the NBA Playoffs this month. The Milwaukee Bucks earned Saturday night’s Game 7 by virtue of a 104-89 victory in Game 6. In that game, Khris Middleton led the Bucks with 38 points to go along with 10 rebounds, 5 assists, and 5 steals. It’s the kind of showing Milwaukee has wanted and needed out of Middleton this postseason in support of two-time MVP Giannis Antetokounmpo. Giannis had himself a monster game with 30 points, 17 rebounds, and 3 assists. Point guard Jrue Holiday dropped 21 points of his own, rounding out the  trio of Bucks players to score in double figures on the night. 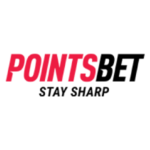 The Brooklyn Nets once again saw James Harden play big minutes in Game 6 and while he shook off plenty of rust from Game 5, his 16 point (5-9 performance from the field) wasn’t enough to get the Nets to the Eastern Conference Finals. Kevin Durant led the way for Brooklyn yet again, putting up 32 points to go with 11 rebounds and 3 assists. Blake Griffin’s 12 points represented the only other double-digit point performance in the game for the Nets.

Will the Nets’ home court advantage pay dividends or will the Bucks punch their ticket to the Eastern Conference Finals?

Any time you can get in on a player prop built on two league MVPs, you have to consider it. As such, getting Kevin Durant and Giannis Antetokounmpo to score 28+ points each with the ability to double your money at +100 odds is great value.

Kevin Durant has been sensational for the Nets this postseason, leading his team in points (33), rebound (9.3), and blocks (1.6) per  game. His outside shooting has been  deadly, with the forward hitting 40.8% of of his three-point field goal attempts. In six games this series, Durant has dropped at least 28 points in each contest. He’s ramped  things up as of late, averaging 36.3 points per game over his last three games.

Giannis Antetokounmpo doesn’t have the benefit of lining up alongside an MVP-caliber player, so much of Milwaukee’s offense runs through him by virtue of so few capable scorers being on his team. Giannis has put up at least 30 points in each of his last four games and five of the six games in this series overall. While Giannis’ lone game under 28 points game in Brooklyn in Game 2, that appears to be noting more than an anomaly.

If you haven’t signed up for FOX Bet yet, you can get in on this excellent opportunity to double your money and get 100-1 odds on the Sixers to score at least 76 points in their Game 7 contest with the Hawks on Sunday night.

Click here to get 100-1 odds on the Sixers to score at least 76 points with FOX Bet PA. Get the deal in NJ by clicking here.

The off-season acquisition of point guard Jrue Holiday saw Milwaukee ship out Eric Bledsoe, two first-round picks, two first-round pick swaps, George Hill, and the draft rights to RJ Hampton. The rationale for the Bucks was sound in that  they desperately needed a consistent two-way guard who could defend the opposition’s best guard, while contributing 15+ points and 5+ assists per game.

To his credit, Holiday’s scoring has increased  every game since a disappointing 9-point performance in Milwaukee’s Game 3 win. He’s coming off a three-game stretch in which he averaged 8 three-point attempts per game, including a playoff-high 10 in Game 6. The issue for Holiday is that he’s just not an elite perimeter scorer. He’s only converted on 3+ field goals once in 10 playoff games and in one of his last 14  games dating back to the regular season.

Click here to bet $20, win $100 guaranteed, regardless of the outcome, with a no-brainer BetMGM promo.

James Harden has done everything in his power to get back onto the court to make a meaningful contribution to the Nets since suffering a hamstring injury just 43 seconds into Game 1 of this series. Harden shocked many by suiting up for Game 5 despite having been ruled “doubtful” just hours earlier. In that contest, he played 45:39, but showed plenty of shooting rust, going 1-10 from the field including 0-8  from beyond the arc.

Harden bounced back in a big way in Game 6, putting up 16 points on 5-9 shooting from the field, including 3-6 from beyond the arc. He also got to the line five times in the contest, which could be a good sign as he got to t he line 10+ times in three of five games in the Nets’ first-round series against the Boston Celtics.

When healthy, James Harden is one of the most prolific scorers in the NBA. Given his ever-improving health, as well facing a do-or-die Game 7 at home, it stands to reason that scoring 20+ points is well within the realm of possibility for the former league MVP.

Russ Joy
Russ Joy is a commercial editor for XL Media PLC, co-host of Snow The Goalie: A Flyers Podcast, a Flyers writer for CrossingBroad.com, and the Crossing Broad Podcast Network director. A graduate of West Chester University of PA and California University of PA, Russ is also a husband and father of three. Follow him on Twitter: @JoyOnBroad Email: russell.joy@xlmedia.com
All Posts »
PrevPrevious“You Want Me to Take Ben Simmons Off the Floor?” – One Observation from Sixers 104, Hawks 99
NextFOX Bet Game 7 No-Brainer: $1 Bet Wins $100 if Sixers Score 76+ PointsNext