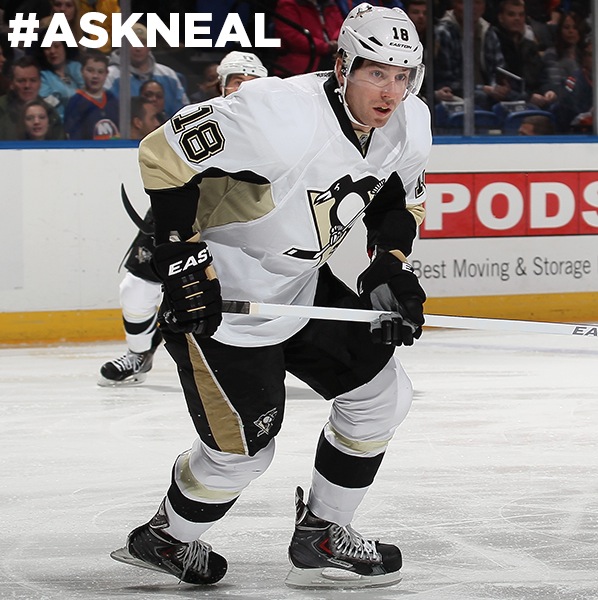 Or spectacularly right, depending on your viewpoint.

Hockey fans – but mostly Flyers fans – took over the Penguins’ little Twitter pow wow yesterday with cheap shot artist James Neal, whom you may remember from the time he nearly took Sean Couturier’s head off:

A simple attempt at a fun get-to-know sesh, #AskNeal quickly turned into hilarious bashing of everyone’s second least favorite Penguin. See the Tweets after the jump.

Get the G Shirt: Kyle Scott
Kyle Scott is the founder and editor of CrossingBroad.com. He has written for CBS Philly and Philly Voice, and been a panelist or contributor on NBC Sports Philly, FOX 29 and SNY TV, as well as a recurring guest on 97.5 The Fanatic, 94 WIP, 106.7 The Fan and other stations. He has more than 10 years experience running digital media properties and in online advertising and marketing.
All Posts »
PrevPreviousGIF: Vinny Lecavalier Hits Three Posts on One Shot
NextDeSean Jackson is Reportedly Calling Teammates and Telling Them That He’ll Remain an EagleNext