Let Us Marvel at Ben Simmons

Between the revelation of the Process incarnate (Joel Embiid) during the 2016-2017 NBA season, and the excitement of knowing Danny Ainge gift wrapped the Sixers a generational guard talent (Markelle Fultz) in this past NBA draft, it is easy to understand why some of the national buzz surrounding Ben Simmons has died down. And while Philadelphia hasn’t forgotten about the 6’11” point-forward, getting lost in the haze of gobbling up three potential superstars encourages fans to focus on the whole rather than the individual – and rightfully so! This Sixers collection of talent projects to do big things. But what exactly will Ben Simmons’ contributions be? And how dominant can he be?

Let me be forward about something here – the risk of being accused of a hot take fallacy withstanding: Ben Simmons’ ceiling is just as high as that of Joel Embiid. There is a confidence level behind that statement that rivals the confidence level I have in saying the sky is blue and Taylor Swift’s new single is offensive to anybody possessing a functional pair of ears. Simmons has all of the tools needed to be an elite facilitator. His height gives him vision that few initiators possess, his court awareness gives him the ability to distribute dimes from anywhere in the half-court, and his reputation as a pass-first ball-handler will inspire others around him to work for better looks. But you likely already knew this. What’s been forgotten – er, overlooked – is Simmons’ all-around game, and specifically his potential as a scorer.

Universally, the knock on Simmons is that he has a weak jumper. Many even suspect that he may shoot with the wrong hand.

Sidebar: Ben has been called left-handed, and even ambidextrous. In reality, it’s possible he’s truly right-handed, and is just forcing himself to play left-handed. Check out this clip, where he could have gone to his left and taken on fewer defenders, yet chooses his “off” hand and challenges three players, finishing a tough layup with the right:

I will be the first to admit that Simmons’ jumper is questionable. But it’s not broken, by any means. Outside of possibly using the wrong hand… one major flaw I noticed early in Ben’s career is that his body sort sways to his right when he shoots, rather than going forward. The result is that he overcompensates in his release by pushing the ball left and rimming out. Watching his training after he became a Sixer, including his pickup games against 5’11” white Aussies, he seems to have corrected this. We can only know for sure when it’s gametime; however, it is certainly a fixable flaw regardless. Another issue with his mechanics is that he sometimes is too early in getting the ball over his head. Now, if you watch a pure shooter like Klay Thompson, you’ll see that the basketball is between his knees when he starts his jumper. This allows Klay to power the shot with his legs as he jumps and guide it with his hands. Conversely, when Simmons already has the ball at its apex before he’s even jumped, it forces him to propel the shot with his arms, not allowing for his hands to just guide the ball. He’s a flinger, if you will; he doesn’t shoot in one fluid motion. This is again cause for influencing the ball to one side rather than straight, and thus rimming out. These are fixable mechanics, something that would surely be harped on during an entire season on the bench. One can expect the jumper Simmons utilizes in 2017 to be vastly improved from the version we saw at LSU in 2015-2016.

There is this notion floating around out there that Ben Simmons cannot shoot the three. I detest that. Simmons took only three total shots from behind the arc in his lone year at LSU, which is about 747 less than the sample size needed to make any finite conclusion about a player’s shooting ability from deep. You know who else took hardly any 3PTs in college? Joel Embiid, who shot 5, to be exact. And what did he do this past season? Converted 3PTs at a 36.7% clip, nearly a full percentage point above league average. The point is that no one has any clue – okay, they have a measly three clues – what kind of 3PT efficiency to expect from Simmons; and to suggest a 21-year-old kid cannot develop his shot to at least prove the need to be guarded from deep, is quite simply ludicrous.

So if Ben wasn’t shooting threes, and if his jump shot was flawed, how did he amass 19.2 PPG at LSU? Take a look at his shot chart, per Draft Express: One could infer concern from the chart regarding the low concentration of shots outside of six-feet from the rim. However, we now know, thanks to modern basketball analytics, that the least desirable shots in basketball are mid-range to deep-range 2PTs. (Unless, of course, you’re Chris Paul and convert at an abnormal rate.) I cannot stress this enough: it is a good thing that Simmons does not settle for mid-range shots, as well as a demonstration of his basketball IQ. It’s a wonderful habit to have the mindset to get to the rim at all costs. And just look at those numbers when Ben is close to the rim; he’s as skilled at scoring in the paint as any prospect we’ve seen come out of the draft in recent years. (Except for maybe, uhm.. Markelle Fultz.) Simmons demonstrates an ability to score at will. And he does it in a multitude of ways.

You want to play off Simmons and challenge him to shoot? Cool, see two points later after Ben blows past a defender with a full head of steam, a 7’0” wingspan and a mature touch around the basket. Thought you might put a power forward on Ben to mitigate his size? Have fun watching Kevin Love try to keep up with the man holding the record for the fastest ¾ court sprint in the history of the NBA draft combine. Trying a shooting guard on Simmons, I see? Oh but you forgot, he’s skilled in the post and comfortable with his back to the basket. Shooting guards defending in the post? Not so much. Don’t double team him, don’t you dare even think about it; he will find the open man.

Two areas where Simmons will dominate most is 1) in transition, where Ben himself has stated repeatedly that he thrives and enjoys being “creative”, and 2) in the high post. By now, you have heard or seen Simmons’ success in transition, so I would like to focus on the high post. This is where Simmons gets to make everyone around him better. Take a look at this PNR play involving Boris Diaw and Rudy Gobert:

Get used to that sort of setup, because you’re going to see it a lot. Except with Simmons, a more skilled player than Diaw in terms of getting to the rim, and Embiid, a more offensively polished center than Gobert. Just imagine any center/forward combination in the league trying to stop Simmons and Embiid from that position on the court. Now imagine an opposing wing crashing in to help, while Covington, Redick or Fultz stands wide open in the corner. It. Isn’t. Fair. At that point, Simmons just decides how he wants to hurt the opposition. Does he want to put the basketball through the hoop himself, let Embiid jump into outer space and slam it through, or give Fultz the opportunity to hit a dagger from 3PT land? In Summer League, we saw Simmons in this very situation at the high post and he proved he can even use his jumper to punish teams who decide to sag off and constrict the paint against cutters:

The lingering threat of Simmons’ ability to find teammates seemingly with his eyes closed only reinforces his ability to score. Many players pass when they can’t find a path to score. Ben Simmons scores when he can’t find a path to pass. He’s able to routinely catch defenders flat-footed, because they are so focused on obstructing his passing lanes that they forget that he has the length to be at the rim in two steps.

So we’re amazingly less than two months from the start of the NBA season. Though there is much optimism, there are also many unknowns surrounding the Sixers. How good can they be this year? Will Embiid stay healthy? Does Markelle Fultz get upset playing off-ball and deferring to Simmons? Is Brett Brown as good of an in-game coach as he is at player development? But here’s what I know:

Sit back and enjoy these next six or so weeks. Maybe watch a couple of Sixers replays from the Process years. Remember how it feels to be stuck to the couch, uninspired by what you are seeing. Because come October 18, you’ll be jumping off it every couple of times down the court, as Ben Simmons completes jaw-droppingly beautiful passes and scores in ways that make you say, “Damn, what can’t this guy do?”

No ads. No surveys. No autoplay videos. No BS.

As a subscriber, you will not see any slow-loading ads. This includes ads from ad networks, pop-ups, autoplay video and surveys. Besides ruining the experience, these programmatic ads slow loading time significantly. In fact, most site loading time comes from multiple ad networks running script on the page every time it loads. Without ads, the site will load almost instantly. We may still show you direct sponsors, who have come to us specifically to reach Crossing Broad readers. Unlike ad networks ads, direct sponsorship banners or messaging won’t slow loading time and are specifically crafted to keep the focus on content.

Each week, an estimated 3-5 posts will be for subscribers only. These won’t be just any posts. Our shorter, more traditional posts will remain available for all to see. But subscribers will get access to our longer, more in-depth posts, including weekly mailbags from our writers focusing on a specific team or topic.

Our Roundup, which includes the latest news and updates to bring you up to speed on Philly sports in a way only Crossing Broad can, will be posted each weekday at around 9 a.m. Subscribers will get it emailed to them for ease of use in keeping up when on the go.

We are building an app that will feature everything on the website. Subscribers will get an ad free experience and full access to all stories. Coming at the end of September.

This is where you get the real story. The stuff we can’t post. Several times per year we will hold subscriber-only events at local establishments where you can hang out with writers and contributors and find out about all the stuff we can’t post. This is the perfect place to, say, show you those angry emails from a leading sports talk radio Afternoon host. Or that T.O. pic. Or just gossip about the Philly sports media landscape. This may be worth the subscription price alone. 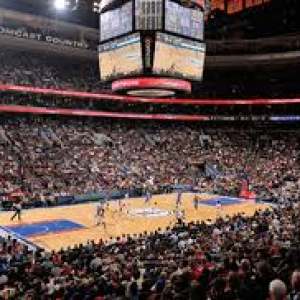