DraftKings Sportsbook Indiana is open for its second weekend of online betting action in the state. Here’s what you can expect this weekend.

New users can get their first bet matched up to $200 when they sign up here . All users get a 20% deposit match up to $500, where DraftKings will match 20% of your deposit, paying up to $500 in bonus money. However, there is a lot of fine print on this one. Only the first $50 is matched instantly, the rest drips out through a 25x play-through requirement.

DraftKings Sportsbook is also offering up a few specials this weekend in Indiana.

Now with all of that being said, let’s check out some notable games and plays this weekend.

When I look at this game, I immediately look at the point total here. DraftKings has the total set at 59.5 points. That is A LOT of points. Yes, Notre Dame has a high-powered offense with QB Ian Book at the helm, but USC has a pretty solid defense, ranking 57th in scoring defense.

Looking at the other side of the ball, USC is without starting QB J.T. Daniels for the rest of the season, so they turn to backup Kedon Slovis, who himself is recovering from an injury. USC’s offense is nothing to write home about, ranking 68th in scoring offense as they go up against the Irish’s 13th ranked scoring defense. I just don’t think that these teams will break 60 points in this game. I think Notre Dame covers, but I would take the under here.

After two epic Game 5’s in the NLDS (Epic in different ways), the most unlikely NLCS matchup has occurred. The Nationals (93-69) took down the heavy-favorite Los Angeles Dodgers in extra innings after tying the game up in the eighth and taking the lead courtesy of a Howie Kendrick Grand Slam in the 10th. The Cardinals (91-71) meanwhile, didn’t have to stress their Game 5 out at all. Thanks to the Braves choking away Game 4 after being four outs away from an NLCS berth, there was no worry about them choking Game 5 away at all as the Cardinals went on to score an impressive 10 runs in the top of the 1st, winning that game by a final score of 13-1.

It should be a tough series to pick here as not too many people expected these two teams to face off but personally, I think the Nationals win it in six (which are at +425 odds, tied for lowest odds next to the Cardinals winning in seven). Pitching wins come October and the Nationals have three horses in their rotation consisting of Max Scherzer, Stephen Strasburg, and Patrick Corbin, which I think will be too much to match for the Cardinals offense that struggled more times than not in the NLDS.

This series will probably be the best series to come out of these 2019 playoffs as we have two 100 game winners squaring off to go to the World Series. I would argue that these are the two best teams in all of baseball, and even if the Dodgers and the Braves advanced to the World Series, I would still believe that whoever wins this series would go on to win the entire thing. Now it’s just much easier for the two.

With this series starting on Saturday, you have to think about the classic “well-rested team that swept vs the team that went the distance in their last series and are riding the momentum” argument. The Yankees made quick work of the Twins, sweeping them on Monday, while the Astros had to play a Game 5 against the Rays on Thursday.

DraftKings Sportsbook Indiana, however, likes the team riding the momentum to win this series outright. The Astros have been the best team in baseball all season long due to their rotation, bullpen, and deep lineup where they have a guy like Carlos Correa hitting in the seven hole. The Yankees have a deep lineup and an outstanding bullpen as well, but they don’t have three aces in their rotation like the Astros do with Justin Verlander, Gerrit Cole, and Zack Greinke. With that being said, I like the Astros in 6.

The Colts and Bears are off this weekend, meaning NFL betting action will be tamped down a bit at DraftKings Sportsbook. But there’s one matchup we want to callout.

I’m shocked that the Chargers aren’t favored more here. I get that they aren’t having the best season, but the Steelers might be down to their third-string QB, Devlin Hodges. Do you know who Devlin Hodges is? Yeah, I thought so. It has been reported that Mason Rudolph, while still in the concussion protocol, is participating in practice, but it is Hodges taking the first team reps.

Hodges wasn’t necessarily bad in his time at QB on Sunday, going 7/9 for 68 yards against the Ravens who weren’t game planning to face him. Give a team a full week to prepare and it’ll be a different story, though the tape on Hodges is limited.

Looking on the other side, I think this is a must-win game for the Chargers who have disappointed a quarter of the way through the season. A loss would put them at 2-4 and that’s not the easiest hole to dig out of so because of that, I think Chargers ML and spread is the smart option. 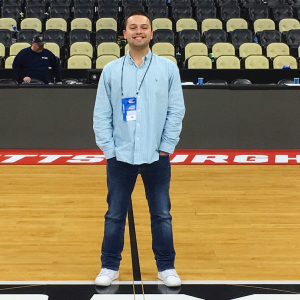