Pacers vs. Pistons Betting Predictions: Odds and Picks for Opening Night in Indiana

Basketball is back. And for the first time ever in Indiana, you get bet on regular season NBA basketball. Let’s get into where and how to bet the Pacers-Pistons game tonight.

The Pacers will open their 2019-2020 season tonight at home against the Detroit Pistons. The Pacers are coming off a 48-34 record last season and a 5th place finish in the Eastern Conference. They were swept by the Boston Celtics in the first round of the NBA playoffs.

The 2019 offseason was busy for the Pacers, as they acquired Malcolm Brogdon, T.J. McConnell, Jeremy Lamb, Justin Holiday, and T.J. Warren. They re-signed Domantas Sabonis to a 4 year 72 million dollar deal on Monday. Last year, Sabonis averaged 14.1 points per game, with 9.3 rebounds. He shot 59% from the field which ranked 7th in the league.

Victor Olapido is not expected to return to the Pacers for a few months. Olapido suffered an ruptured quad tendon in January and was out for the remainder of the season. He wont be back until at least December. Blake Griffin will miss the start of the season due to a hamstring injury.

Pacers have been stuck on 48 wins the last two seasons. Can they finally eclipse the 50 game win mark?

As for the Pistons, they are coming off a 41-41 year, just snagging an 8th spot in the 2019 NBA playoffs. They were swept in the first round by the Bucks. This offseason was a busy one, as they signed veterans Derrick Rose, Markieff Morris, Tony Snell, and Tim Frazier. They drafted 18-year-old Sekou Doumbouya as their 15th overall pick. Combine the new depth with Blake Griffin, Andre Drummond, Reggie Jackson and this team could be in contention. The question is, can they stay healthy?

In the last eight matchups, the two teams are tied at 4-4.

How to Bet the Pacers vs. Pistons in Indiana

We recommend to bet at DraftKings Sportsbook IN. They were one of the first sportsbooks to open in Indiana. If you sign up here , you can get a $200 bet match and up to a $500 bonus.

FanDuel Sportsbook IN is offering a $500 risk-free Bet if you sign up here .

Here are the odds for tonights game courtesy of DraftKings SportsBook:

Here are some player and team prop bets to consider:

Myles Turner to record a double-double +250.

In his 17 career-high double-doubles last season, Turner recorded 9 of them at home and 8 of them away. He has been improving every game. Last year in 4 games against the Pistons, he scored 17 points in 3 games and had 5 and 6 rebounds in two games.

Malcom Brogdon to Over/Under 26.5 for points, rebounds, and assists +100

Brogdon had 18 games over 26.5 points, rebounds and assists combined last season. His season was cut short with the Bucks in March, after he suffered a foot injury and was out for the remainder of the season. Brogdon signed with the Pacers in June during free agency for 4 years, $85 million.

Rose signed a 2 year, $15 million dollar deal in the offseason. Rose has dealt with multiple injuries in the past few years. He was able to bounce back with the Timberwolves last year where he averaged 4.3 assists per game.

How to Watch Pacers vs. Pistons

Where to Bet: DraftKings SportsBook Indiana

There are a lot of reasons to favor the Pacers tonight. While home favorites in this range aren’t great overall ATS, division and conference specific favorites fare well.

A lot of smart people like the Pacers a lot. There might be an opportunity to grab them early in the season when they might be undervalued. Take the Pacers tonight. 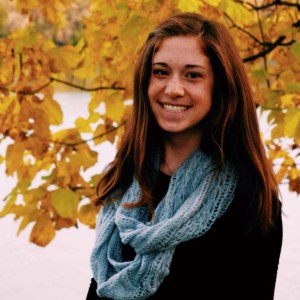