On Thursday night, the Philadelphia Flyers will play host to the New York Rangers for the first time this season.

Let’s get into our Flyers-Rangers betting preview, including odds, predictions and picks.

The Philadelphia Flyers will return to the ice for the first time since a 7-4 victory over the Washington Capitals on Super Bowl Sunday. Prior to that game, defenseman Travis Sanheim was put into the NHL’s COVID Protocol, signaling potential issues for a team that had just traveled in close proximity to play in the nation’s capital. What ensued over the following week and a half was what any team would be right to fear: a larger number of players entering the COVID Protocol on a somewhat staggered schedule over multiple days. The Flyers currently have seven players on the league’s COVID list, all of whom will miss tonight’s game:

After ten days away from a competitive game, it’s hard to imagine the Orange & Black finding their legs early in this one.

The Rangers are coming off a 5-2 home loss to the New Jersey Devils, one which represented their fourth consecutive loss at home. Overall, they went 2-3-2 over the course of their seven-game home stand. They’re just 4-7-3 on the season, which has them a mere point ahead of the Buffalo Sabres, who reside in the basement of the East Division.

This could represent an opportunity for the Flyers to jump right back into a competitive division race, or give the Rangers a chance to take advantage of a thin Flyers squad and break a four-game losing streak.

Here’s the line for the Flyers and Rangers at DraftKings Sportsbook PA:

Money Puck gives the Flyers a 57% chance of winning their first matchup against the Sabres. Meanwhile, Philadelphia’s implied win probability based on the moneyline is 51%.

The oddsmakers and projection model agree that this game is bound to be a toss up with an underwhelming Rangers squad traveling to Philadelphia to take on a team with a shortened bench that hasn’t played in over a week. The Flyers are 5-2-1 at home this season, though it’s hard to use any previous trends as rationale for the outcome of this game given the layoff and the Flyers missing six regular members of their lineup.

If there’s one thing to be confident in, it’s the under hitting. The Flyers are without Claude Giroux, Jakub Voracek, Travis Konecny, Oskar Lindblom, and Scott Laughton. That’s a combined 15 goals and 29 assists gone from the lineup. It’s hard to imagine the Flyers scoring a ton, which means a lot of the burden will fall on Carter Hart to get the job done in net in a low-scoring game.

Click here to get a $1,000 deposit match at DraftKings Sportsbook.

The fact that Philadelphia will be without two of their top three facilitators in Claude Giroux and Jakub Voracek is enough to make us lean in favor of a Rangers win. Add to that the massive PK losses of Justin Braun, Scott Laughton, and Oskar Lindblom, and the Flyers are facing potential disaster against a returning Artemi Panarin and a motivated Mika Zibanejad, who’s looking to rediscover his goalscoring ways.

The Rangers should benefit tremendously from having played consistently over the past couple of weeks, while the Flyers haven’t played a competitive game in 10 days. Additionally, the Flyers were held out of practice until this past Tuesday, which means an increased likelihood of dead legs by the end of this one.

The Flyers will look to play a defensively sound game, but the Rangers should be able to lean on their top-end talent to pull this one out in a low-scoring matchup.

Mika Zibanejad to Score a Goal and Rangers to Win (+300, FOX Bet)

Goal scorers find a way. For those who haven’t kept up with the Rangers this year, Mika Zibanejad has had a dreadful year getting on the scoresheet. In 14 games this season, Zibanejad has found the back of the net one time and assisted on two goals. For a bit of context, his goals per season climbed in each of the last three seasons from 14 to 27 to 30 to an astounding 41 goals in just 57 games in 2019-20. There are rumblings out of the Big Apple that Zibanejad and Artemi Panarin could be paired together on a line if the Rangers’ woeful 1.91 goals per 60 minutes at 5-on-5 doesn’t improve.

There’s no better opportunity for a goal scorer to end a drought than taking on a depleted squad that hasn’t played in 10 days. There’s real value in this one.

Great players take advantage of bad situations. The Flyers are going to be without six of their regular contributors, including veteran defenseman Justin Braun. Additionally, the absence of Scott Laughton and Oskar Lindblom on the Flyers’ PK units could be huge in this one.

Panarin has 20 points (6G, 14A) in 15 games against the Flyers in his career. He’s missed the Rangers’ past two games due to injury, but don’t be surprised to see him break out and back into his top-notch form.

Click here to get a $500 first deposit match with BetMGM. 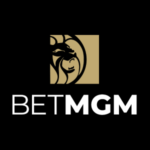 Pick: The Flyers were an up-and-down team prior to their COVID break, winning games despite being outshot by a nearly 2-1 margin. Given the absences of some of their top offensive contributors, this should be a low-scoring game with the Rangers taking advantage early and wearing down a thin Flyers squad late. Take the Rangers to Win and Under 5.5 Goals. Also, get in on Artemi Panarin to score a goal.

Russ Joy
Russ Joy is a commercial editor for XL Media PLC, co-host of Snow The Goalie: A Flyers Podcast, a Flyers writer for CrossingBroad.com, and the Crossing Broad Podcast Network director. A graduate of West Chester University of PA and California University of PA, Russ is also a husband and father of three. Follow him on Twitter: @JoyOnBroad Email: russell.joy@xlmedia.com
All Posts »
PrevPreviousThere’s No Super Bowl Without Carson Wentz
NextA Very Good Point: Thoughts on Rangers 3, Flyers 2 (SO)Next