Fanatics Sportsbook: The Sports Betting News We Know So Far

At this point, it’s as American as apple pie and as commonplace as obscenities at Lincoln Financial Field. (Sorry, Santa; but not even you can possibly avoid it.) We’re of course referring to companies that look to incrementally join the rapidly expanding online sports betting market.

Fanatics Sportsbook is set to become an eventual living reality, as evidenced by what the giant sports company has done as of late. Exactly where the $18 billion-valuated sports merchandise conglomerate currently belongs in the market, especially when thinking about injection into the NY online sports betting market, is a major point of note for those in the industry.

Some of it stems from Fanatics’ not-so-subtle actions, whereas other bits are purely speculative. Then again, there have been moves and puzzle pieces that have transparently laid breadcrumbs en route to a logical conclusion.

For those uninterested in researching the breadcrumbs, have no fear: Crossing Broad is here to recap what you need to know about Fanatics and its potential entry into the wonderful land of legalized online sports gambling.

Of course, the interested online sports wagerers located in a legal betting state can take advantage of one of the amazing sportsbook promos currently running, all while keeping an eye on the materialization of Fanatics Sportsbook.

Check out FanDuel Sportsbook’s mouthwatering $1,000 risk-free bet or any one of the numerous offers below:

Fanatics Incorporated is a multi-billion-dollar sports company that has official merchandise deals with the NFL, NBA, MLB, NHL and other leagues. It’s recently maneuvered into the sports trading card space, among other notable markets.

The online retailer was founded in Jacksonville, FL in 1995 by Alan Trager. Focusing initially on the then-expansion Jacksonville Jaguars and local collegiate sportswear, Fanatics first started when brothers Alan and Mitch Trager opened Football Fanatics, a brick-and-mortar storefront in the Orange Park Mall.

A second physical location opened in 1997 just three years prior to the hiring of the company’s first official e-commerce employee. In 2011, Michael Rubin’s GSI Commerce purchased the company for a cool $171 million in cash and $106 million in GSI common stock. A year later, Rubin bought Fanatics outright from eBay.

Fanatics expects to generate $3.4 billion in sales in 2021 with an estimated valuation at $18 billion, per The Wall Street Journal.

September 2021 is when Fanatics and the online sports betting industry collided. Per Action Network, Fanatics is closing in on purchasing a sportsbook operation.

“Sources say meetings with Rush Street Interactive (RSI) and Swedish company Betsson have been productive and the company might buy one of them soon.”

Fanatics is interested in acquiring a sportsbook operation, per a report. Meetings with both Rush Street Interactive and Betsson were reported as “productive,” and that Fanatics could purchase one of the two “soon.”

Maybe that’s why Fanatics has “99 problems but sports betting ain’t one.” (Hey, which mega-company doesn’t have fewer than 99 problems at any given time?)

Over the course of Spring and Summer 2021, Fanatics CEO Michael Rubin generated a lot of enthusiasm surrounding the possibility of a Fanatics Sportsbook. He captured capital investment and hired news-worthy names.

One name stands above the rest, as it relates to generating buzz.

One of the greatest hip-hop artists of all time, Jay-Z, was named Fanatics Vice Chair in a not-so-silent or subtle fashion. With the Brooklyn native on board, coupled with $300 million-plus raised, Rubin believes a winning formula is already in tow.

“We think we have a structural advantage to building any digital sports business, and online sports betting is no different,” Rubin said per the WSJ.

“TMZ has learned Jay’s name is on one of the applications submitted to the NY Gaming Commission requesting approval for an online sports betting license. Sources with direct knowledge tell us he’s partnering with his buddy, Sixers partner Michael Rubin, to form Fanatics Sportsbook, and they’ve teamed with Kambi … a company that makes software used for online sports gambling.”

Considering at least two of the six applications will be approved by the state, Fanatics Sportbook’s Jay-Z move makes all the sense in the world. He just may represent what puts them over the top during the process.

Fanatics also teamed up with Kambi in August of 2021. Kambi, a worldwide leader in the betting technology industry, will be the technology provider for the sportsbook. To say this simply elevates the cred of the sportsbook would be a wild understatement.

Fanatics hires outgoing FanDuel CEO Matt King to explore new business opportunities. King, who took over as FanDuel CEO in November 2017, remained with the sports betting and daily fantasy giant for four years prior to the Summer of 2021 move to the e-commerce conglomerate.

King is specifically keen on the message that Fanatics Sportsbook will create the best environment for a wide-ranging number of fans.

“We want to create the best sportsbook for fans everywhere,” Matt King, CEO of Fanatics’ Sportsbook, told PlayNY. “The same as every other Fanatics’ business. It’s about creating amazing fan experiences, and that’s what we’re going to do in sports betting.”

Entering the online sports betting market may be a fruitful venture, but it doesn’t come without fierce competition. Fanatics would be joining a host of already established sportsbooks that rabidly compete with one another for a share of the market.

Remember, as each state legalizes online sports betting, the market shifts in various ways. The pre-approval strategy is oftentimes just as (if not more) important than the live strategy—something the FanDuel Sportsbooks and DraftKings Sportsbooks have plenty of experience with.

Fanatics would have to compete with the following seven top sportsbooks should they dive headfirst into the online sports betting industry:

The leader in daily fantasy sports quickly made the jump to online sports betting following the overturn of PASPA in 2018, led by New Jersey’s legislative efforts. The Supreme Court officially striking down PASPA opened up a brand-new world for states, operators and sports bettors.

There are numerous quality sportsbooks currently in existence, but none feature the depth, versatility and overall quality FanDuel Sportsbook does, especially as it relates to the company’s mobile app: FanDuel Sportsbook & Casino.

The DraftKings Sportsbook & Casino app is available on the App Store (iOS) as well as Google Play (Android). It’s one of the best in the business from a functionality and overall offering standpoint.

Barstool Sportsbook represents the new kids on the block—that is until Fanatics Sportsbook becomes a living reality. The industry-disruptors are looking to do the same in the sports gambling world as it’s done in digital sports media: make waves and have fun while doing so.

Caesars Sportsbook brings a wealth of gaming knowledge to the table. Now, thanks to its recent acquisition of William Hill, it’s a mega-sportsbook looking to do damage in multiple states nationwide.

Similar to Caesars Entertainment in many ways, BetMGM represents another sportsbook that uses its gaming knowledge to a clear advantage. As the line between sports betting and gaming becomes increasingly blurred—as it relates to mobile applications and the crossover nature of the player pool—the more operators such as BetMGM will grin from ear to ear.

Of course FOX Bet joined the online sports gambling party. Equipped with plenty of big-time names to front the operator name, the sportsbook remains one of the most reliable in the country.

Although PointsBet could be once described as a “scrappy startup,” those days are seemingly over. Thanks to an acquisition by NBC Sports, the once-smallish Australian startup is now competing with the sports betting app big boys.

Although the top seven are listed above, there are plenty of sportsbooks online sports bettors can utilize—all of which Fanatics Sportsbook will have to consider competitors.

Fanatics Incorporated is a multi-billion-dollar sports company that has official merchandise deals with the NFL, NBA, MLB, NHL and other leagues. It’s recently maneuvered into the sports trading card space, among other notable markets.

When Was Fanatics Founded?

The online retailer was founded in Jacksonville, FL in 1995 by Alan Trager.

What Is Fanatics Sportsbook?

Can Fanatics Become A Top-5 Sportsbook?

It's not just possible that Fanatics Sportsbook shoots to the top of the sports betting operator list, but it may be probable at this point. Equipped with incredible resources, courtesy of its merchandise sales and deals, Fanatics Sportsbook can really shoot to the top of the quality list if New York grants it entry when the state goes live in early 2022 (unofficial projection).

What Else Does Fanatics Sportsbook Bring To The Table?

What Is Fanatics' Current Valuation As A Company?

Fanatics is currently valuated at an incredible $18 billion as of August 2021.

Stay up to date with all of the Fanatics Sportsbook online sports betting news and more at Crossing Broad. 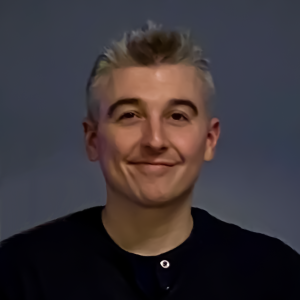