What’s Next For Arizona Sports Betting After Injunction Denial?

Arizona sports betting has a clear path to launch on Thursday, Sept. 9, after an Arizona Supreme Court judge denied an injunction request from the Yavapai-Prescott Indian Tribe. What’s next for the launch and what can the state expect next from the filed lawsuit against Gov. Doug Ducey (R) and the Arizona Department of Gaming?

Sports betting will begin in the state at 12:01 a.m., Sept. 9, but account registration and funding has already begun. Additionally, daily fantasy sports competitions have opened and are currently live.

The tribe also claims the sports betting bill runs afoul of Proposition 202, the “Indian Gaming Preservation and Self-Reliance Act,” and violates the exclusivity granted to the tribe to operate “Class III Gaming” in the state.

“How you can say Prop 202 has not been undone here, when it exorbitantly expands gaming in Arizona, within reservations and off, it is very strange to me, and not right,” Tribal attorney Nicole Simmons said at the injunction hearing.

The lawsuit also claims the approval of online sports betting and fantasy sports betting in Arizona outside of tribal lands amounts to commercial gaming expansion, which can only be approved by amending the state constitution through voter approval.

Plaintiffs also claim the lawsuit being enacted as an emergency measure runs afoul of the state’s constitution.

Tribes Fighting Back Against Lawsuit

However, over the weekend two rural Indian tribes, the Tonto Apache and Quechan tribes, filed a notice of intent to intervene in the legal action and will pursue a motion to dismiss the Yavapai-Prescott Indian Tribe’s lawsuit.

“We invested hundreds of thousands of dollars and an extraordinary amount of work to secure our mobile wagering license, which will open up considerable new opportunities for our tribe,” said Quechan President Jordan Joaquin in a release. “It is very unfortunate to see the Yavapai seek to unravel all this progress after they chose to sit on the sidelines during our compact amendment negotiations.”

Here are the winning Arizona professional sports franchises and their sportsbook operator partnerships:

There are still two available licenses for professional sports organizations in the state.

The department received 16 qualified tribal applicants. The department awarded the 10 licenses based on a set of 19 criteria, including gaming experience and track record of the applicant. Here are the winning tribal casino applicants and their sportsbook operator partnerships:

Here are the currently licensed fantasy sports operators in the state: 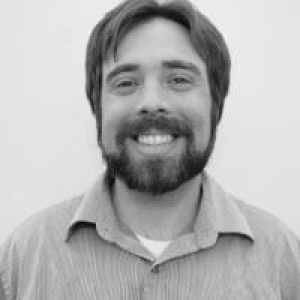