On Friday night, the Sixers are back home from a lost week in Miami, which happens to a lot of people. The Sixers are down 0-2 in their second round playoff series with the Heat. Joel Embiid was upgraded from out to doubtful for tonight’s pivotal Game 3 as of the 12:30PM injury report provided by the NBA. Embiid has reportedly cleared concussion protocol, and the resulting line movement suggests that Embiid might somehow be cleared to play tonight. But that’s probably a terrible idea.

Let’s get into our Sixers vs. Heat betting pick with player prop predictions, odds, and analysis for this May 6, 2022 matchup.

Joel Embiid probably very much wants to return to action tonight. The Sixers would be making a foolish decision if they let him do so.

The second round of the playoffs has been the ceiling for the Sixers since the Process turned the corner and the Sixers became a consistent playoff qualifier. When James Harden arrived — and more importantly, when Ben Simmons left — a deeper playoff run seemed not only possible but likely. Had Embiid been healthy enough to play in this series, there is no telling what the Sixers could have done against this professional but unspectacular Heat squad.

But Embiid didn’t play in the first two games of this series, and now the only way for the Sixers to finally get to an Eastern Conference final is to beat the Heat four times in five tries, including at least one of the two remaining games (if necessary) in Miami. The Sixers wouldn’t reasonably be expected to be able to do that even if Embiid were healthy, which he definitely is not.

It also bears noting that even if Embiid is cleared and does play, that doesn’t mean that the MVP hopeful is the guy who will be on the court. He’ll almost certainly be wearing a mask, and he probably won’t be able to keep himself from being careful about, you know, taking another stray elbow to the face on the low block.

Embiid should not play in this series, a series which will probably end very quickly in his absence. It’s sad, and it’s disappointing. But the franchise has a bright short-term future largely because they have Joel Embiid. Putting him on the court as compromised as he is now, playoffs or not, would be unwise.

We don’t think the Sixers are going to win this game. We do think that, if they somehow pull this game out, it will be because they rode a raucous home crowd and hot three-point shooting to an unexpected win. 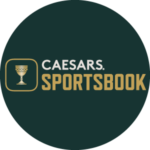 The Sixers have trailed by at least seven points after the first quarter in both of the first two games in this series. It is difficult to see the Sixers winning a game in this series without Joel Embiid. Even if he suits up for Game 3, his performance will likely be limited. For one half, though? With the crowd behind them and at least theoretically playing desperately? Difficult, but not impossible.

Harris has gone over 17.5 points in both games in this series. He also did so in the series clincher against Toronto. Harris is averaging over 19 points per game over the eight playoff games this postseason.

Fair or not, this game will probably be seen as a mini-referendum on whether Harden can be a meaningful part of the Sixers’ plans in coming seasons. That should serve as motivation. Another thing that needs to be said here is that it’s not like Harden has been bad in these past eight playoff games. He has posted double doubles three times and missed two others by a single assist.

The first two games in this series proved something that, deep down, Sixers fans already knew: without Embiid, this is probably not even a playoff team. Changing the venue from Miami to Philadelphia doesn’t suddenly make the Sixers better. Had the Sixers been able to add a fully healthy Embiid for Game 3, that would have made them a lot better. He’s doubtful as of this writing, though, and even if he plays, it’s unreasonable to think he’ll be nearly as effective as he was in most of the Toronto series.